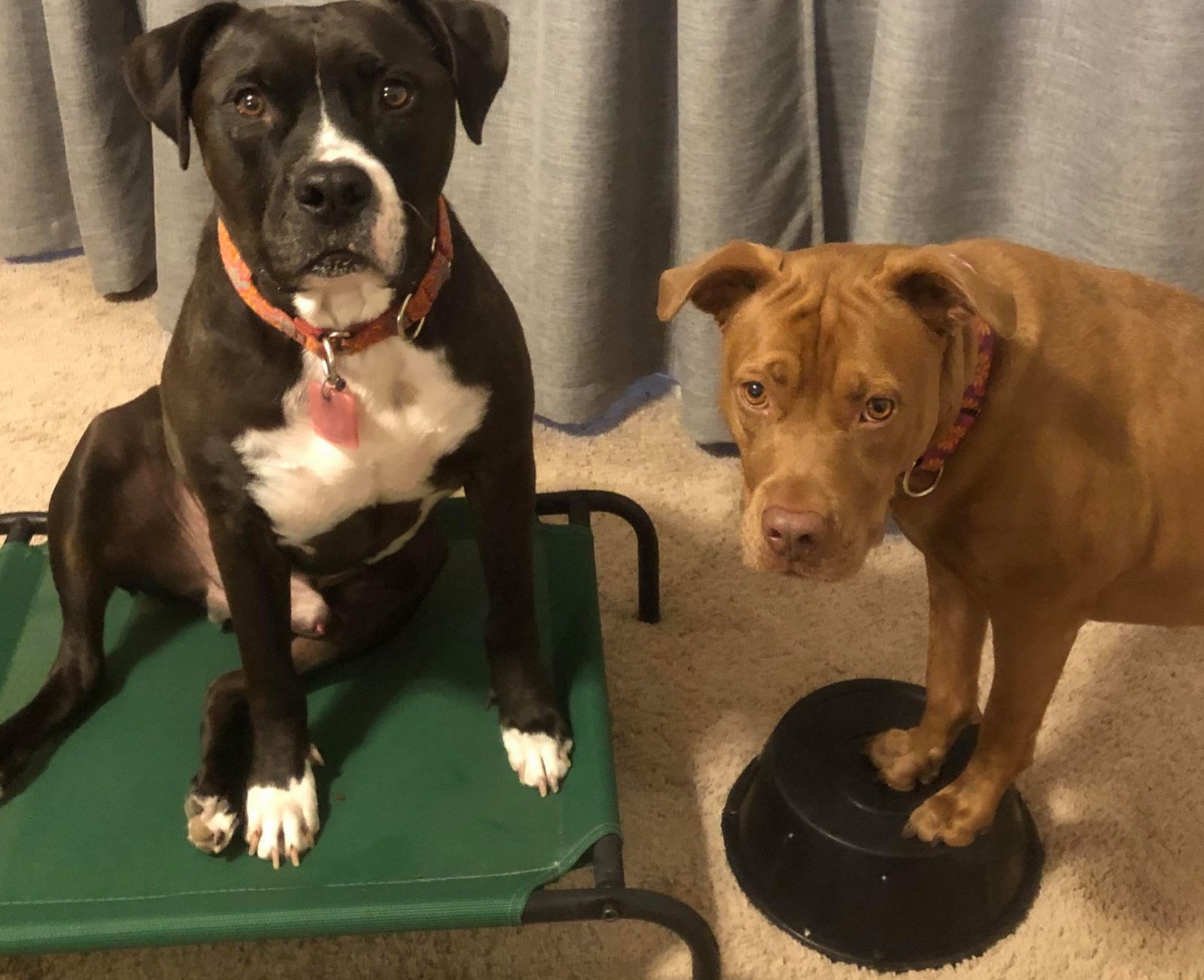 Dogs have always been a part of my life. The first dog I remember having was Poochie, a male beagle mix. I was three and Poochie went everywhere with me and did everything I asked, he was my best friend. In my mind, he was the first dog I ever trained, unofficially. I had many, many dogs after Poochie and they all have played an important part in helping me become who I am today. The first documented training was when I was 20 and I trained my Chow Chow, Sabby. I went on to train three other Chow Chows (Sadie, Bridgette, and Tika) and one adorable beagle named Benny, who were all my personal dogs.

Fast forward to February 2016, I had been without a dog for a year and a half, the only time in my life that I didn’t have a dog, because Benny the beagle died in July 2014 and my heart and soul were broken. I adopted Remi, a male American Staffordshire Terrier (Pit Bull) from a local shelter and he was the easiest dog I ever trained, he just did what I said with little effort from me. I thought to myself if they are all like this, I’ll never get any other breed of dog.

August 2016 a very good friend asked me to help network a red female pit bull puppy, who she found dumped on the side of a very busy highway. So I did, I networked her right into my home. Jazzy joins the family. I thought this will be a breeze; Remi will be the perfect role model for her and teach her all his good habits. I was WRONG again! Jazzy came into the family a sweet little puppy, who followed Remi around and would drop down and give belly, until she got to my house. She played me from the get go. I was so naive. She walked in the door and turned into a Velociraptor with glazed over eyes, dilated pupils and a mouth full of teeth. I was there just to provide food while she ruled the house. She chewed wood stairs, baseboards, window sills and 75 feet of cedar fence, ignored my commands and gave me stink eye but the worst part was she taught Remi all her bad habits. I tried for over a year to get her trained and Remi back in shape but she wasn’t having it. In late 2017, I broke down and hired a wonderful trainer, who not only trained my dogs but trained me and because of the results, I decided to officially train to be a dog trainer and I’m loving every second of it! I’m now a little over a year into officially training dogs, my dogs and client dogs, and wonder why I didn’t think of this as a career sooner.